A delightful variation of Pudsey 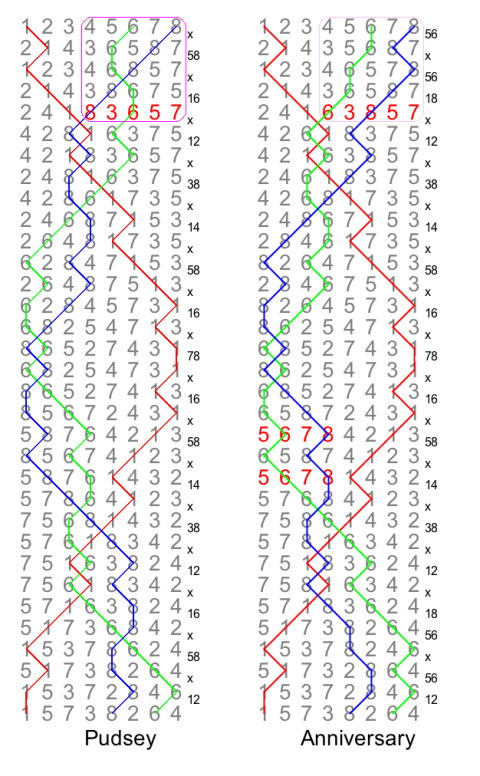 Yesterday Jonathan and Angela arranged a quarter of Anniversary Delight Major as a compliment to Martin Mellor, the SACR Publicity Officer, and his partner Ewan Halley. It's a variation of Pudsey, with the place notation x58x16 at the beginning of the lead replaced by 56x56.18 and symmetrically at the end of the lead. The effect is to swap 6th and 8th place bells, and because they are each other's reverses, they swap back at the end of the lead. This introduces two 5678s on the front in the first lead, another two in the last lead, and several other runs at the front and back that are not present in Pudsey. Overall, a great improvement.

The double Kent places in 5-6 across the lead end are a little awkward to ring, but we managed well and only fluffed a couple of them. We rang a very good quarter. Jonathan called this composition, which he picked on the basis of its musical score in CompLib:

I don't remember ringing this particular calling before (it could also be used for Yorkshire etc) but it worked well and certainly produced some good music.