This week's Ringing World (20th May 2022, number 5795, if you are reading later) has an interesting article by Richard Smith about a new method: Jura Bob Caters. I will try not to reproduce too much of what he writes, which includes fascinating material about how he designed the method. If you don't have a subscription to the Ringing World, you can buy the individual issue for £2.10 and it would be well worth it.

Richard explains that he wanted to put an interesting plain caters method in the 2022 Ringing World Diary, and after being unable to find one, composed his own. It was printed in the diary as an as-yet-unnamed method, and I confess that I didn't pay much attention to it. However, Richard and a band from Cambridge have now rung a quarter peal of it and given it the name Jura. I'm not sure whether he had in mind the Scottish island or the French/Swiss mountains. Anyway, it's a nice method and I think it will be a good one for us to try in the tower in Glasgow. The great thing is that it only needs 8 inside ringers, so it will be ideal for the frequent occasions when we have more than a surprise major band but not quite a surprise royal band. 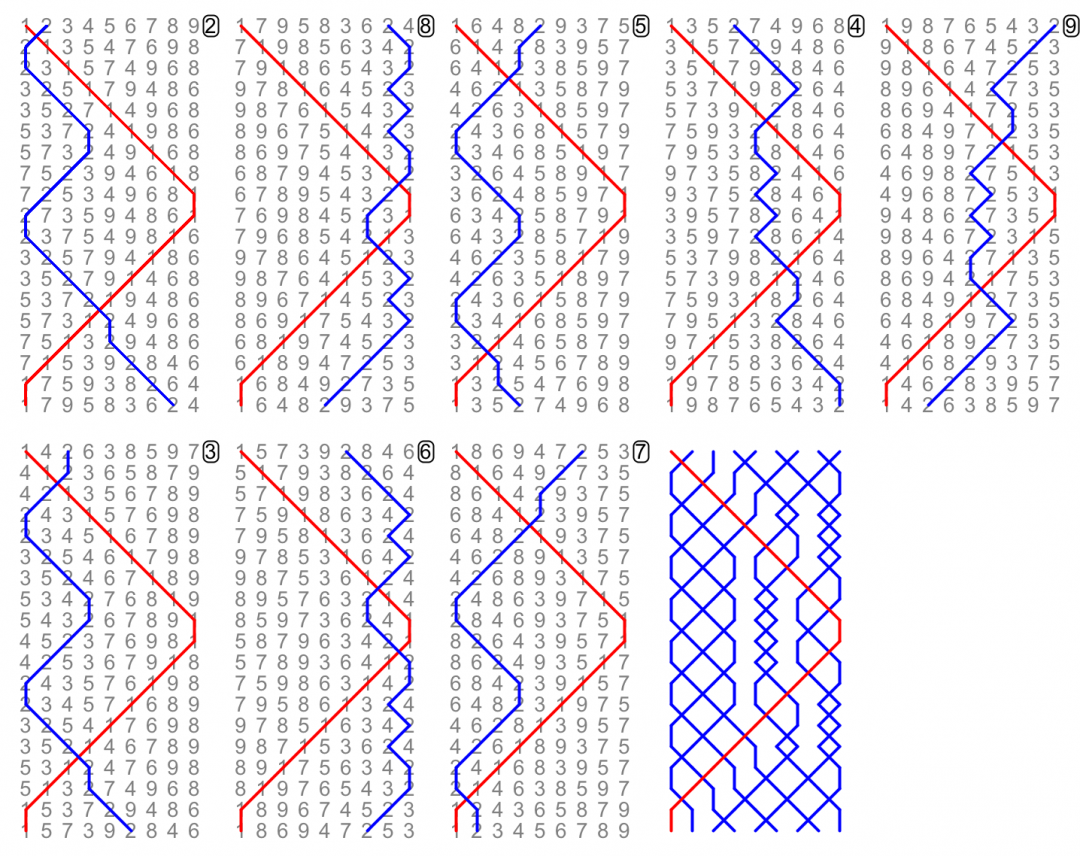 I have naturally also started wondering whether we could try it on handbells. Probably not immediately, as we have an unfinished London Royal quarter peal project and then there are several other surprise royal methods that I want to move on to. But I have had a little go on Mabel by myself. In Richard's view, the level of difficulty of Jura for tower bell ringing is approximately equal to Bristol Major, maybe a little easier. On handbells I am finding it much harder, partly of course through lack of familiarity, but also more difficult than typical wrong-place surprise major methods that we have rung from time to time.

One of the points made in Richard's article is that very few odd-bell methods are rung on 7 or more bells, apart from Plain Bob, Grandsire, Stedman and Erin. On handbells that is even more true. Here are some observations based on Jura, which would also apply to other single-hunt plain caters methods and to some extent also to triples methods. Taken all together, these observations produce a rather alien experience when ringing the method.