After ringing a quarter of Cambridge Maximus in Handbell Stadium last Saturday, tomorrow we're going for Yorkshire. I've hardly ever rung it (although I do have a memory of an unsuccessful peal attempt in the mid-1990s) so I thought I'd better do a bit of practice with Mabel. I started on the tenors, without any preparation except for remembering that the tenor has to do 7-8 places because that's what it does in Cambridge. My only other preconception was the idea that Yorkshire is more difficult than Cambridge, which is what we've found for Royal because the dodges are not synchronised above and below the treble.

So, off I went, and it was really easy! It just seemed to unfold naturally without any surprises. Here are the lines for the first half of  the course (diagram from Composition Library), and then I will comment on each lead. 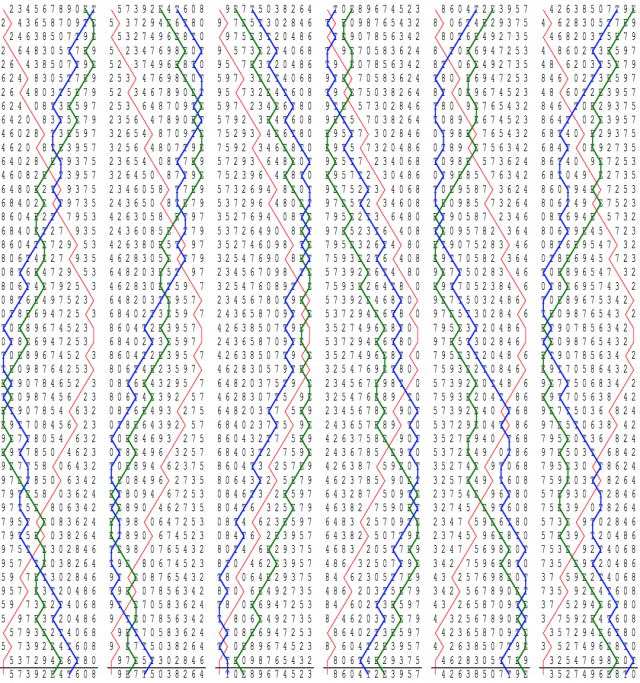 So there we are - not too bad, although I expect the other pairs are less easy. Let's see what happens in the morning.