I have been experimenting with the idea of superimposing a diagram showing the progress of a pair of bells along their lines, on top of the animation from Handbell Stadium. Here is what I have come up with, showing the tenors for Kent Minor. There is also a commentary on the work of the bells. 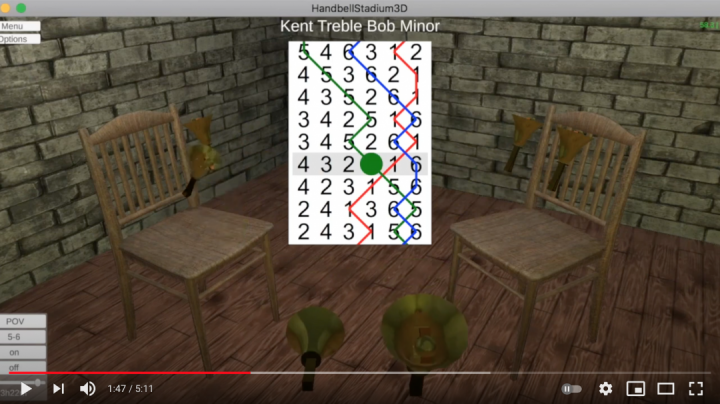 The process of making the video is a little more complicated than I would like.

I tried generating the animation automatically, without using the eBells for timing, but although I set the same peal speed as in Handbell Stadium, by the end of the video there was a significant difference between the motion of the bells and the animation of the lines. It seemed simpler to use the eBells than to try to get to the bottom of that problem.

The next step is to make similar videos for the other pairs in Kent Minor, and then maybe do some other methods.